I can’t believe we are finally at the year end and at the final 10 on 10. This year went by incredibly fast and each month it was fun to sit and plan out what to photograph. Now I need to decide on a project for 2014.

For the final installment of 10 on 10, I decided to do a little more personal project … I brought my camera with me on the day that my dad went in for surgery to have his lung biopsied. My dad has always been the photographer/videographer in the family growing up, so when I approached him to get permission to document the day, he quickly agreed and it gave him other things to think about while we waited that day.

While the final outcome of his surgery wasn’t unexpected, it was still hard to hear (two minute version of what is happening is below the photos). But we found our own rays of light from the experience. My mom didn’t tell my dad that my brothers and I were going to be at the hospital the day of the surgery, so when we rounded the corner and stood in front of him at the pre-op area, he was overwhelmed. The other joy we found was that our immediate family hasn’t spent any time together without spouses and/or children in probably fifteen years. Maybe more? It has been so long that I can’t even remember.

So we had fun. As much fun as you can when the surgery is delayed for three hours and you are at the hospital until 10:30 at night. Here is our story.

<The old guy, hanging out prior to surgery> 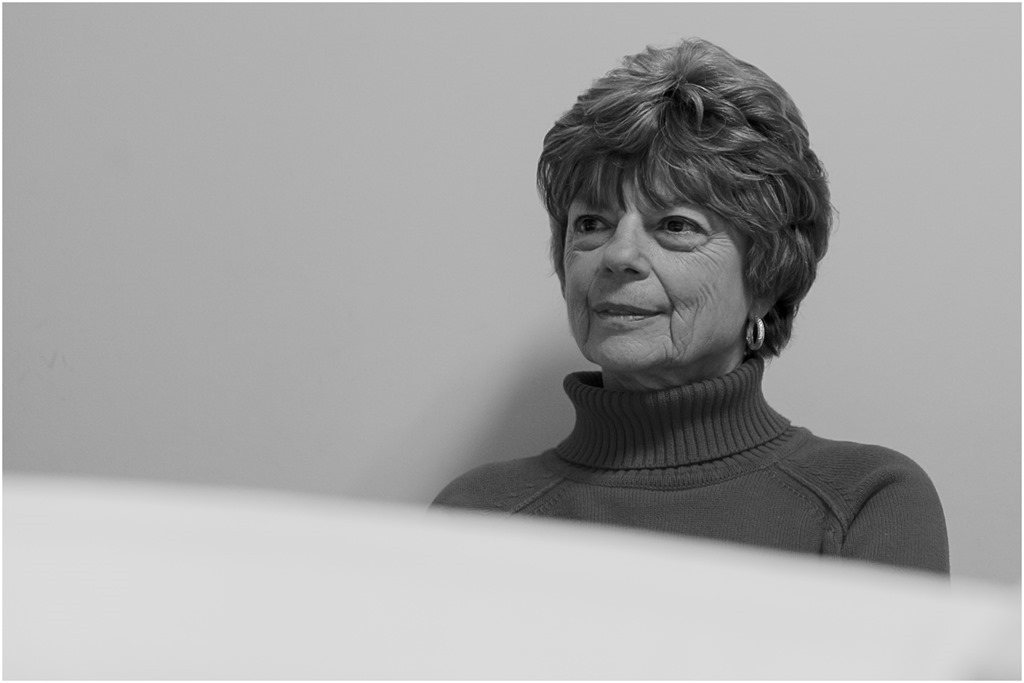 <Everyone wanted to take his wedding ring off. The only way that sucker can be removed from his hand at this point is with a saw. He got lucky and they were able to leave it on.>

<My brothers hanging out in pre-op, chatting it up with my dad>

<Mark spotted this guy down a hallway and grabbed me to take a photo of it. Nothing like a skeleton and a Christmas tree to put you in the holiday spirit!>

<Three hours is a long time to wait, so we made my dad get up and walk a bit> 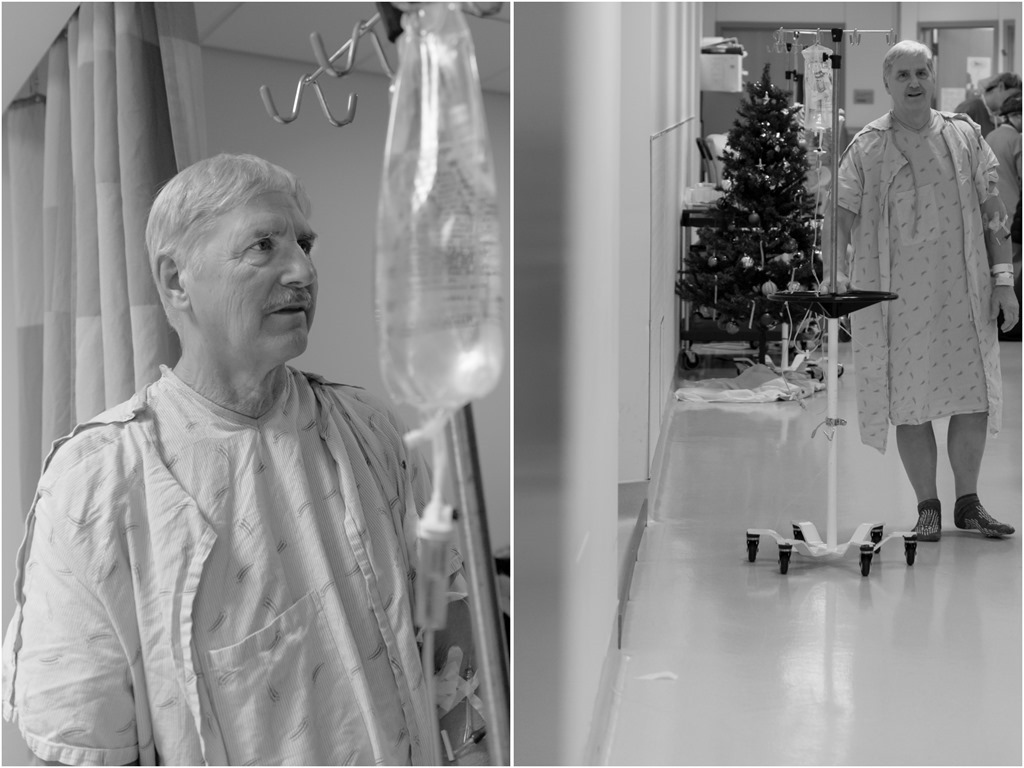 <There was this crazy air contraption that they put over my dad and warm air was blown through it. I kinda would like one for home cause I freeze all the time!>

<Now we are in the waiting room – there is no shortage of electronics between the four of us. As I was trying to get shots of it, Mark covered his laptop and said, “I don’t want artsy photos.” I told him too bad.>

<My set up – I got our Christmas Card designed! Nice to have some productive time while we waited> 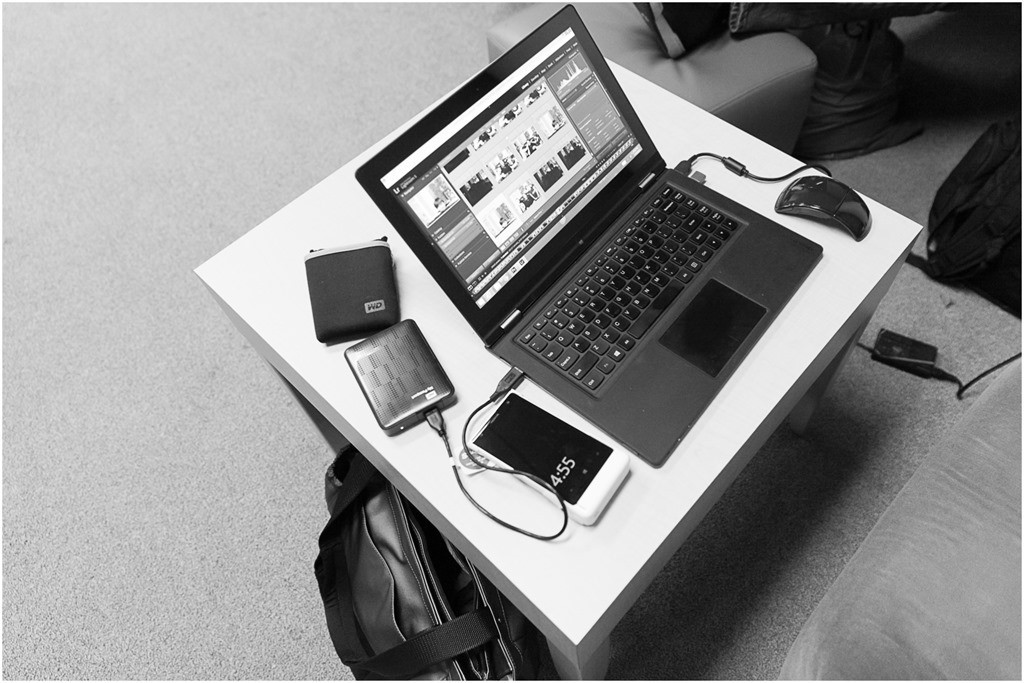 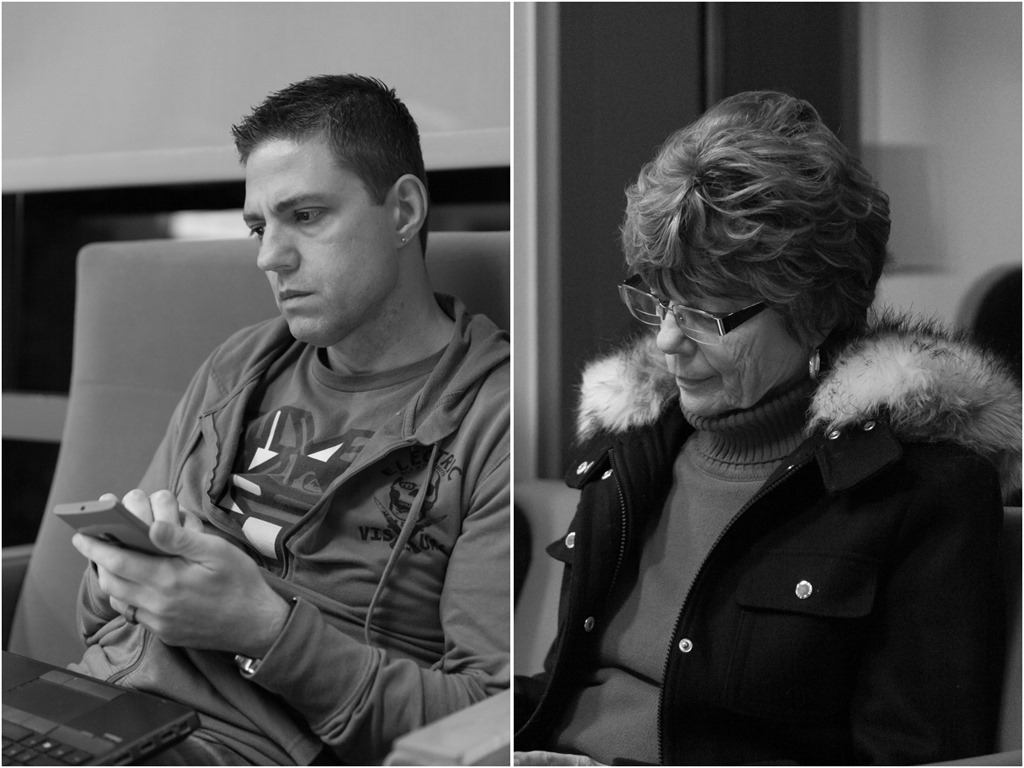 <This was right before we learned that his surgery had completed, then we all had to shut down and pack up everything to wait even more>

<And here he is the day after the surgery. It was a long night, but within 24 hours he was feeling so much better.> 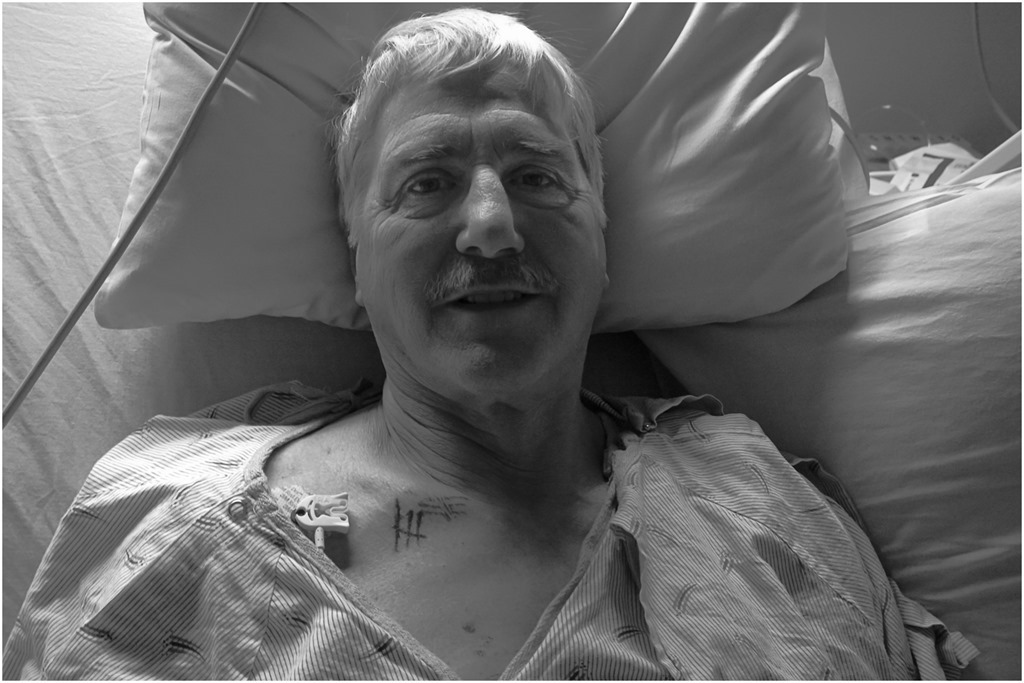 The two-minute version of what is going on with my dad:

When my dad was fifty, a routine exam uncovered that he had prostate cancer. Being as young as he was, he had his prostate removed with the hopes that it was still contained there and this will prevent the growth and spread of it. Unfortunately that was not the case because five years later they found traces of it again. We are fortunate to live in the area we do – we took him to the Cancer Care Alliance in Seattle where he qualified for an experimental intermittent hormone therapy treatment. You go on and off the treatment to fool the body and keep the cancer as dormant/small as possible. This was only supposed to work for about ten years. It has been thirteen years now and he is one of the last survivors who participated in this experiment.

We have been watching some spots in his lungs that were revealed in full body scans and one of these spots finally grew large enough to be concerned. In the past, the spots in his lungs would reduce in size or disappear when he goes back on the hormone treatment, but this time one spot continued to grow. Because of this, the doctors began to question whether or not it was lung cancer or if it just means that this is the first sign that the prostate cancer treatment is not working.

Soon the spot was large enough to biopsy – which is the surgery that he is now recovering from. They tested the spot immediately during the surgery and it is cancer. Now we should learn this week if it is lung cancer or prostate cancer. Both suck, but the good news is that they removed that spot in its entirety (without having to break his ribs) and whatever cancer it ends up being is extremely slow growing.

He was able to come home after four days in the hospital and is recovering well. Thank you so much to all our family and friends for the kinds words, thoughts, and prayers everyone has sent over. My dad was so touched by the number of folks who reached out, it meant so much to us all.

Lisa, this is a beautiful post, despite the circumstances! Praying for you Chuck –for total healing and no more cancer, and comfort in the unknown for your whole family!! We have gone through similar with our dad and it’s scary! Love the comment about all of you being together for the first time without kids/spouses-that is magical! You all look fabulous–and grown up!

Thanks so much for the comment Lori! Thankfully he is doing well and we are all pushing on – hope all is well for you and your family!

Reblogged this on Linda & Charles BLOG and commented:
This post is courtesy of my daughter, Lisa. As I write this, the medical outcome is uncertain. The continung caring love outcome is, as usual, outstanding. I am al lucky guy.

What a kind posting. Are you trying to make me cry since I am on the Girlie Shots? Great photos. Thanks for taking the time. I sort of lost it when I saw my whole family there at one time. It was overwhelming. I am indeed a lucky guy. So many caring friends and family took the time to drop by and visit while I was recovering. I will be forever grateful to all of you and use you as my template for how I should support and encourage others when they hit a few bumps. Whatever the outcome is, it has been and continues to be a great ride!