A friend of mine and fellow photographer suggested I do a 10 on 10 Project this year since my Project 52 is complete. The basic concept is to post ten photos from one day on the tenth of the month. Some months may have more photos (uhhh, like this one), subject matter is purely up to me, and she ended up making a pretty fantastic book out of them at the end of the year.

For January I decided to document our typical day from start to finish – hence more than ten photos. I decided to process everything in black and white since I don’t do a ton of it. I figured this might be something different to go through. This is also going to be a busier photo layout because of the number of pictures, but the story is pretty funny for our day.

We had our typical morning of chocolate milk until Gavin decided he didn’t like the cup I grabbed and threw it on the floor before I could pose it in our picture. Thankfully we moved on pretty quickly from that little tantrum (HULLO TWO!), playing with Mr. Potato Head, the Reading with the Leap Frog pen, and drawing on the big Etcha-sketch. While the boys were happily playing, I amazingly got their closets cleaned out and did yet another boatload of dishes. Seems like all I do is dishes! Then of course I had to chase a half naked boy around before I could get him dressed, all while dodging the bullets coming from the crazy bad guy in swim goggles that was chasing me. 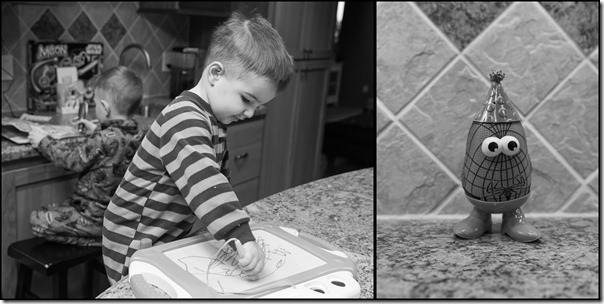 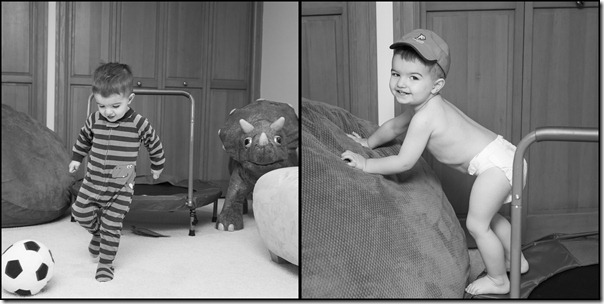 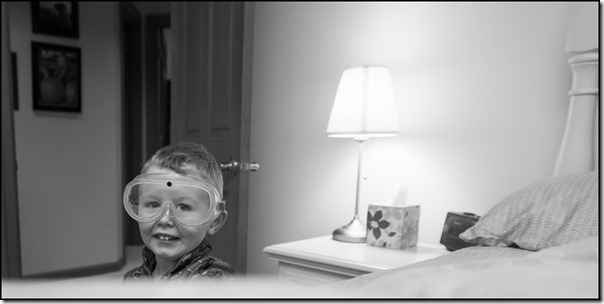 Before you knew it, it was nap time so we had some veg time on the couch before taking Gavin upstairs for his nap. After waking, we were back to playing again with legos, etcha-sketch, dinosaurs, and Carter’s new camera (he had to show Gavin the pictures he was taking). 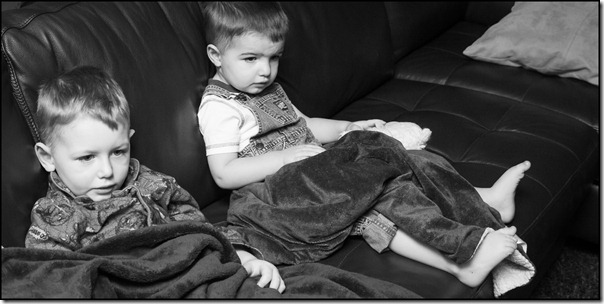 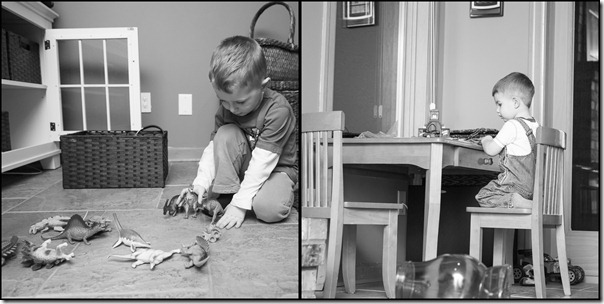 Then it was off to run errands and I braved taking the boys into Pier One Imports. Carter and I had a long conversation on the way there about how everything in there is breakable and if we break it, we have to buy it, so he had to be REALLY careful. We got there and the store was small and there were NO CARTS (oooh this is a problem). As we entered, you could see the clerks eyes bug out when he took in the boys. Carter was a champ, he didn’t go near anything. Gavin on the other hand took off running and giggling every time I tried to look at something and wasn’t holding onto him for dear life. I chased him around that store probably a dozen times, sucking in my breath each time he neared something breakable.

We got out of there as fast as we could and I swear the guy wanted to lock the door after us. Then I took the boys on a small walk around Redmond Town Center and we headed into Petco where they looked at the fish and the birds. As I held Gavin next to the bird cage, he kept saying, “TWEET! TWEET! TWEEEET!” to them. So cute! 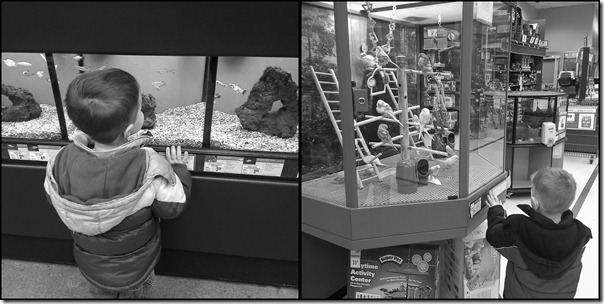 Then we headed back home where I had some coffee, checked email, and Gavin had a melt down, dinner was in there somewhere, then it was bath time. Gavin LOVES taking a bath and part of that is because the second he gets any clothes off, he takes off running. Carter was going to join Gavin in the bath, but after going to the bathroom and getting undressed, he flipped his sock off and into the toilet as it was flushing. Yes, you read that right, we flushed Carter’s sock down the toilet. In a house with septic. *sigh* The waterworks and drama after that were painful “MY SOCK! I NEED MY SOCK! GET MY SOCK!” Carter ended up taking a bath on his own because Gavin was done, brushing his teeth and ready to chill and watch Dora before reading some books and going to bed. Daddy had the joy of reading Carter his story and I got to sit in there afterwards with my book until Carter fell asleep. Normally we would go enjoy a glass of wine after this, but stupid January diets made me drink water instead. 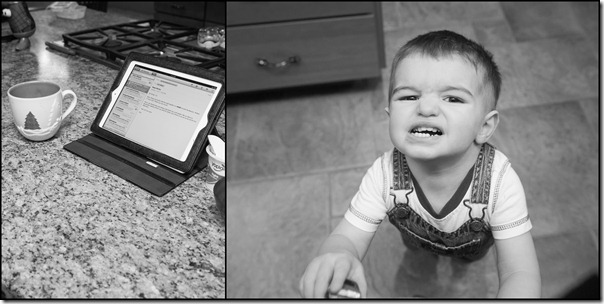 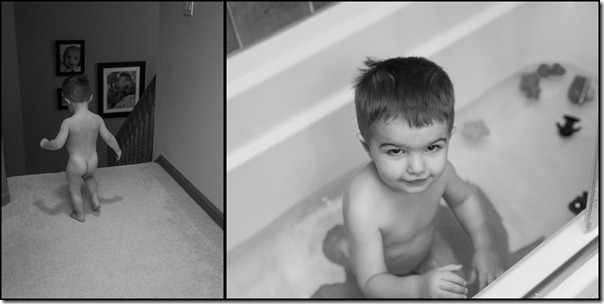 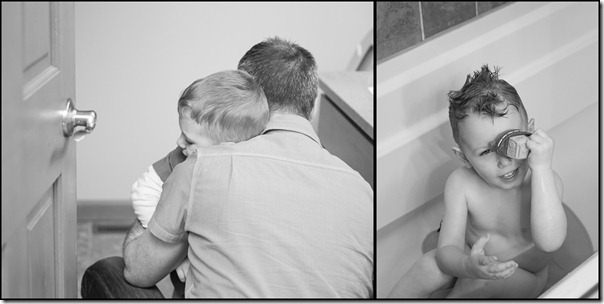 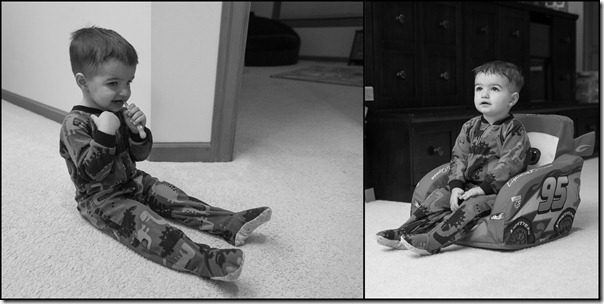 Well, that’s our day and the 34 on 10, lololol – hope you enjoyed it and didn’t fall asleep while reading it! Next month I won’t pick a subject that lasts all day, haha.

This was great. I laughed out loud. We miss our family very much. The photos are priceless. Your nnual album is shaping up really well.
– Grandpa –

Gavin looks just like Leave it to Beaver in the photo where he’s in a diaper and a hat.

lolol, he totally does!!!

Your day exhausts me!!! But, what a cool idea and the B&W processing really adds to it. What is the January diet?

Just getting back on track after the holidays. We all set new goals for the new year and are tracking everything again.

And, agree, Gavin IS Leave it to Beaver!

A Dusting At Sunrise