So we took the boys on their first real road trip over the weekend. I always was met with a “Really???” when I was telling people this before leaving, but they have no idea the sleep issues we have had with Carter over the years and how gun-shy it has made us to do anything too far from home. Or to leave him overnight with anyone. Good kid, but awful sleeper.

But Carter is doing better. SO much better. And we are getting more adventurous because of it. So when we were given an invitation to join the Halbert/Asmus (Jeremy’s Aunt) side of the family for a long weekend at Twin Lakes, we jumped at the chance.

Twin Lakes is in northeastern Washington, about an hour and a half past the Grand Coulee Dam. Jeremy has memories of coming here with his Grandad and Grammie when he was young. But this was 30 years ago and when he called for reservations, he basically asked me to have no expectations for this trip. Thirty years can do a lot for a place, good or bad, and everything there was described as “rustic” – a word that can take on a variety of meanings depending on who you are talking to.

So here I am, with no expectations. And here is our adventure that I will do as separate daily posts so I don’t overwhelm people with story and photos…

We didn’t leave until 12:30 because we wanted to try to time our drive during Gavin’s nap. As we started down the road, we got the kids laughing and yelling “ROAD TRIP!” Then we got lucky had little man down within a half hour from leaving. Problem is “little man” doesn’t sleep well in cars (I know, what the heck is wrong with that kid??). Anyway, he woke up after about an hour. Trip to Grand Coulee took us about four hours total and I am thankful for the DVD player in the car. Though that didn’t stop Carter from asking every five minutes if we were there yet. We even showed him the mileage count down on the GPS “No buddy, 200 to 195 miles does not mean we are there yet. We have to get the 195 down to zero…”

Our chauffer and our little man down … and bigger little man zoning out to a movie with his Angry Birds Chewbacca:

The drive along I-90 up through Snoqualmie Pass: 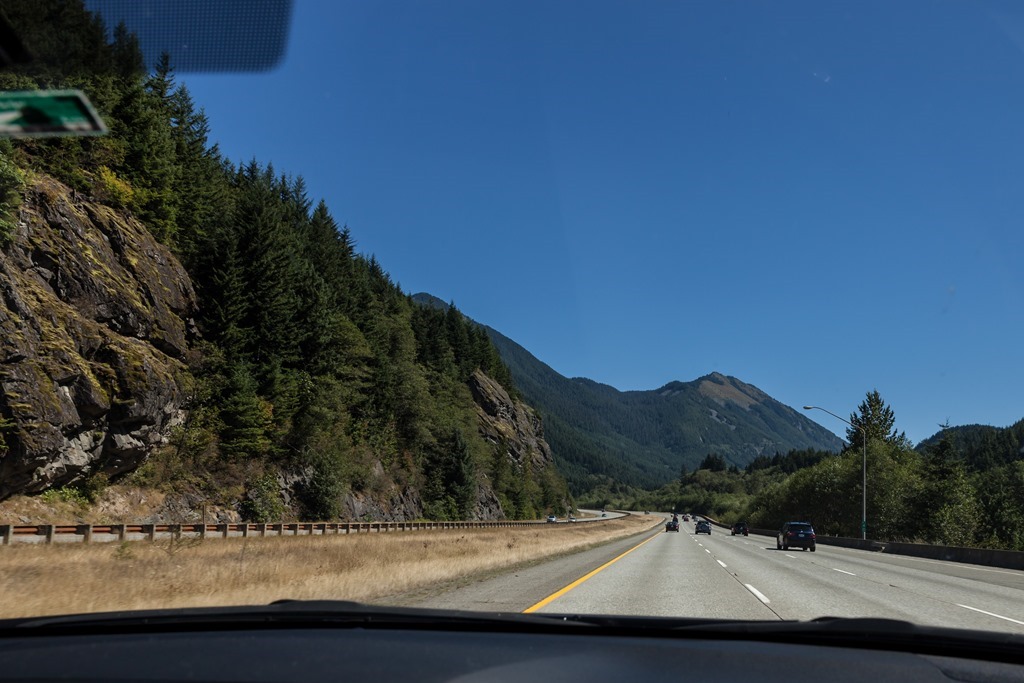 Jeremy asked me to get a photo of this guy – we were cracking up at the bicycle strapped across the back of his motorcycle, but then it got better when we passed him and saw the horns attached to the front of his bike! 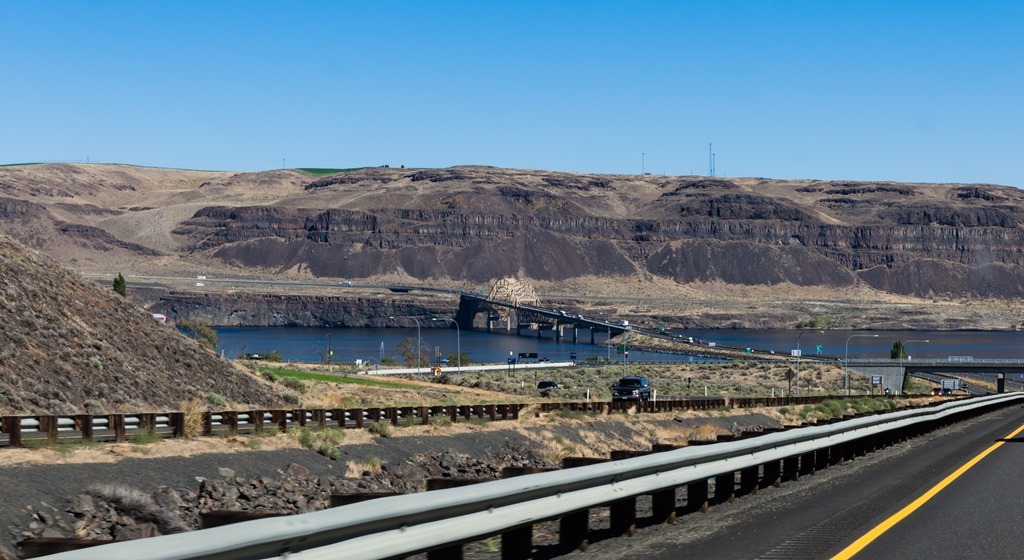 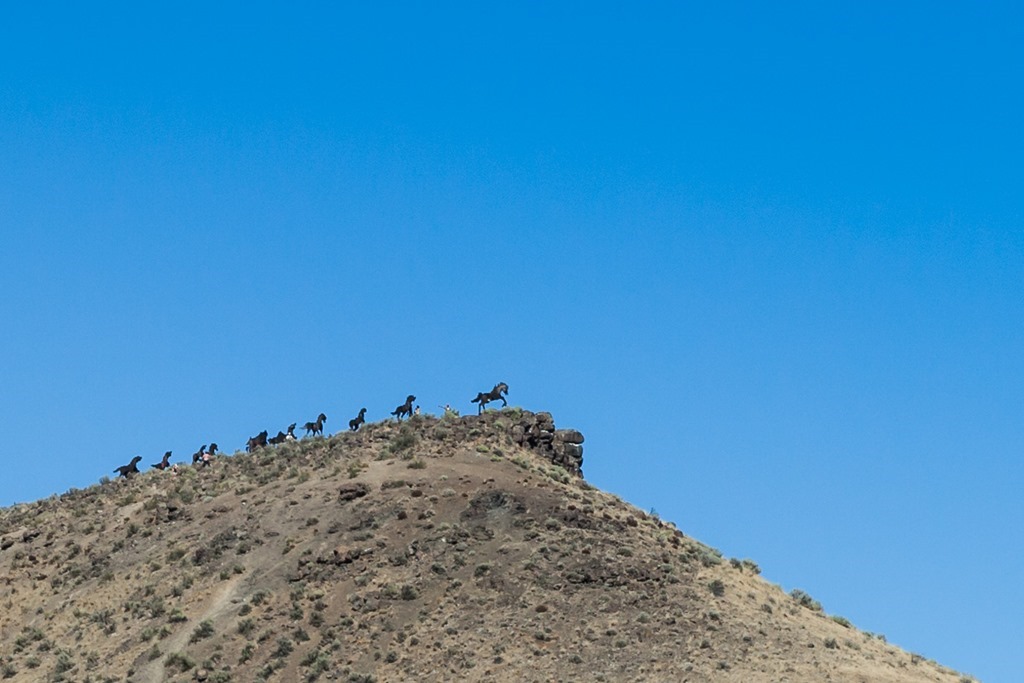 I hate to admit it, but I have never been to Grand Coulee before and the drive for me was awesome – we went from dense forest through Snoqualmie Pass, to the golden fields of desert in Eastern Washington, to hugging these beautiful roads through lakes and rivers that look like the grand canyon on a much smaller scale – but still extremely impressive. And then the dam. Holy cow that was quite the structure!

These are all taken as we were driving past Soap Lake, Lenore Lake, Blue Lake, Park Lake, and Banks Lake (basically highway 17 to highway 155). The final photo is of the Grand Coulee Dam … it really doesn’t do justice to the size of the dam. And the most disconcerting thing was the city was BELOW the dam … what if that sucker broke?!?

We stayed at the Coulee House, which in the 60s was probably at it’s prime. Today, eh, not so much. But it was basically two rooms with four beds with a peek-a-boo view of the laser light show at night that is done on the face of the dam. We had dinner at this little Mexican Place called Lapresa where Jeremy and I thought it would be awesome to order a margarita. Little did we know that “large” meant “fishbowl.” But the food was fantastic and the kids were funny and more-or-less good. And let’s be honest – we had some serious margaritas so we were happy!

So everything went great … until we tried to get the boys to fall asleep in the same room. We finally had to split them up so they didn’t feed off of one another and they crashed around 10pm (normally they are sound asleep around 8:30 at the latest). I felt responsible … lots of sitting and we didn’t run them enough. Oh well, it wouldn’t have been a big deal if Gavin didn’t fall off the bed at 2am. Oops. His bed at home has rails, hotel beds, nope. So the rest of the night was me sleeping with him and awake at his every movement to make sure he didn’t bail off.

But hey, we were on a ROAD TRIP!