Another year gone by and I cannot believe that we are now at 2010.  This last year has been a wonderful one for the Halbert family because of the arrival of Carter Tait.  Every day with him brings us so much joy, he is such a love and the best thing that could have ever happened to us.  Someone remind me of this moment when he is a teenager!  ;-)

I tend to always use the New Year to reflect on my life and what I would like to focus on for at least a month (ha).  Here are my New Years Resolutions (or Goals):

I thought it might be fun to reflect on the “Then” and “Now” photos of Carter– It is amazing how quickly he has changed!  (And the poor guy was so beat up after labor.)  Happy New Year everyone! 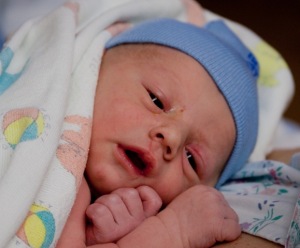 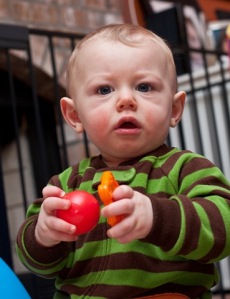 Our resolutions are the same, save one… Can you guess which? Lolol (um, the half marathons!). You are reminding me I wanted to do a 52 week project as well. Must get on that!